This Spring I received an email from Barbara, a lady living in Florida, who wanted to hire me for a unique private tour to Transylvania. She was coming to Bucharest with three lady friends to start their river cruise trip up the Danube, but before that she wanted to trace back her roots. We exchanged lots of emails, and I learned that Barbara’s father and grandmother emigrated from the Fagaras area in the late 1920s. The small town of Fagaras was, at that time, part of the Austro-Hungarian Empire, and Barbara’s family was Hungarian.

She was able to collect a dozen of old documents and photos about her grandparents and great-grandparents with the help of her cousins. Barbara had few hopes to actually get to meet some long lost relatives still living in the small villages close to Fagaras. However, just the idea of walking on the same ground where her father, aunts and grandparents once lived meant a lot for her. I used all my resources and connections to find as many things as possible about her roots, and, finally, the five of us left Bucharest mid-July heading towards Fagaras region.

The first day was just a regular guided tour experience at Peles and Bran Castle, two amazing places in the Carpathian mountains that attract hundreds of thousands of tourists every year. We ended our day in the picturesque town of Brasov, and the next morning our party of five was ready to deal with the local authorities in our genealogy quest. First stop was in the small village of Arcus, where Barbara’s grandfather died in 1920. We had a a copy of his death certificate to help us find more details about his burial place.

We showed up at the village hall around 10 am asking to speak with the clerck in charge of the birth and death records. A wonderful young woman took out the 1920 death records and we started to look after Barbara’s grandfather’s name. We found it a couple of minutes later, and Barbara had tears into her eyes when I told her about our discovery. Sadly, there was no mention of the burial place nor other details about the persons who took care of that. The lady clerk, who had a member of her family moved to USA in 1920s and never to be heard of again, decided to do whatever she could to help us further more. In the next 30 minutes or so, she phone called several elder people in the village asking them if they remember anything about Barbara’s grandfather.

In the end, we were advised to go to a nearby grocery store and ask to speak with the oldest man living in the village. We spoke first with his granddaughter, a former post office clerk, and later with that nice old man. Once more we hit a dead end, despite the fact the entire village was on alert trying to find if there were any members of her family still living in Arcus. Next stop was the village graveyard hoping to find a record of the burial place. By the time we got there it was already early afternoon. No sign of an office or anything similar to that, just a couple of men digging a fresh grave.

I shortly explained our mission there and we were warmly advised to go to a guest house not far from the graveyard. The owners were supposed to know more about the graveyard’s old records. While I was speaking with those men, Barbara was checking the oldest tombstones in the graveyard secretly hoping to read her grandfather’s name. Also, she took a dozen of photos to show to her cousins back home. In the end, we head back to the car and two minutes later I was telling once more the whole story to a lovely couple in their 60s. Witnesses to our adventure were their daughter-in-law and teenage nieces. We were all gathered on the terrace, surrounded by the sounds and smells of the Romanian countryside.

While Barbara and her friends enjoyed a freshly brewed cup of coffee, the lady of the guest house was making one phone call after another to find more details about Barbara’s late grandfather and his siblings. The retired Ortodox priest was the first on the list, and he told our host the records were passed to his successor. Next phone call was to him, but he was doing some errands in Fagaras and promised to search into the archives later that week. The last phone calls were to some relatives and friends living in the neighbouring villages, all done hoping that somebody might remember something.

None of these leads turned to be successful, and our time in the village run short as we had to return to Bucharest that evening. But we didn’t say goodbye to the lady of the house before exchanging business cards, and she promised to call me for updates later that week. On our way back to Bucharest, Barbara expressed her gratitude for everything she learned about her family during those couple of hours spent in the small mountain village where her grandparents lived. Similar emotions stormed my heart, as I felt it was an honour and a privilege to be her guide during this amazing trip of rediscovering her roots.

Hope more updates will be available in the near future, and Barbara to have a reason to return and maybe even meet some of her lost relatives!

From Bucharest, with love! 🙂 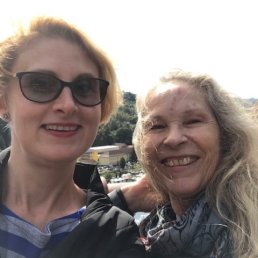 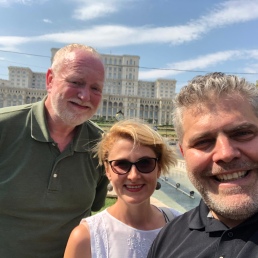 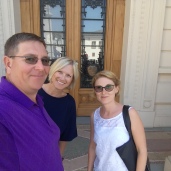 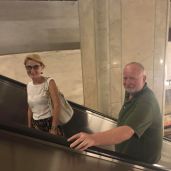 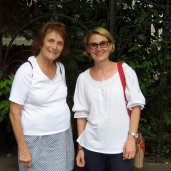 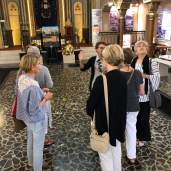 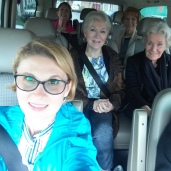 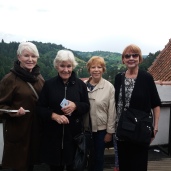 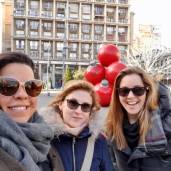 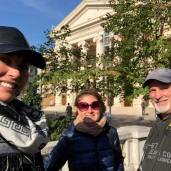 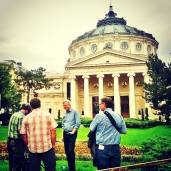 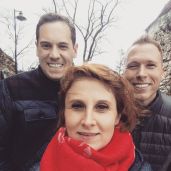 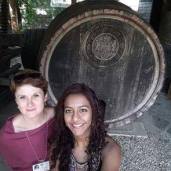 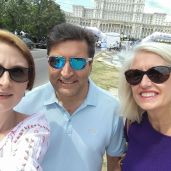 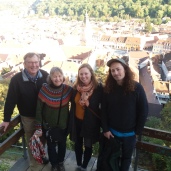 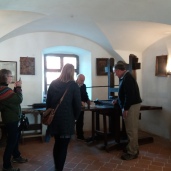